There is something therapeutic about being in a boat on the open sea. The slow drone of the engine, the thrill that comes from the snap of a line, the anticipation felt as that line is drawn tight and the pride of the day’s catch make for a pretty amazing experience. In the Cayman Islands, there’s no shortage of top charter companies and exhilarating competitions to lure in every avid fisherman.

Grand Cayman is predominantly surrounded by shallow reefs one to four miles from shore. Once beyond the reef, the bright turquoise waters give way to a striking royal blue that’s home to large game fish such as blue marlin, blackfin tuna, wahoo and great barracuda. Fantastic deep-sea fishing can be had on either the north or west sides of the island, but if you really want to catch a big one, head for the infamous 12-mile bank — a fishing spot about eight miles off the west northwest side of Grand Cayman known for record-size sport fish. 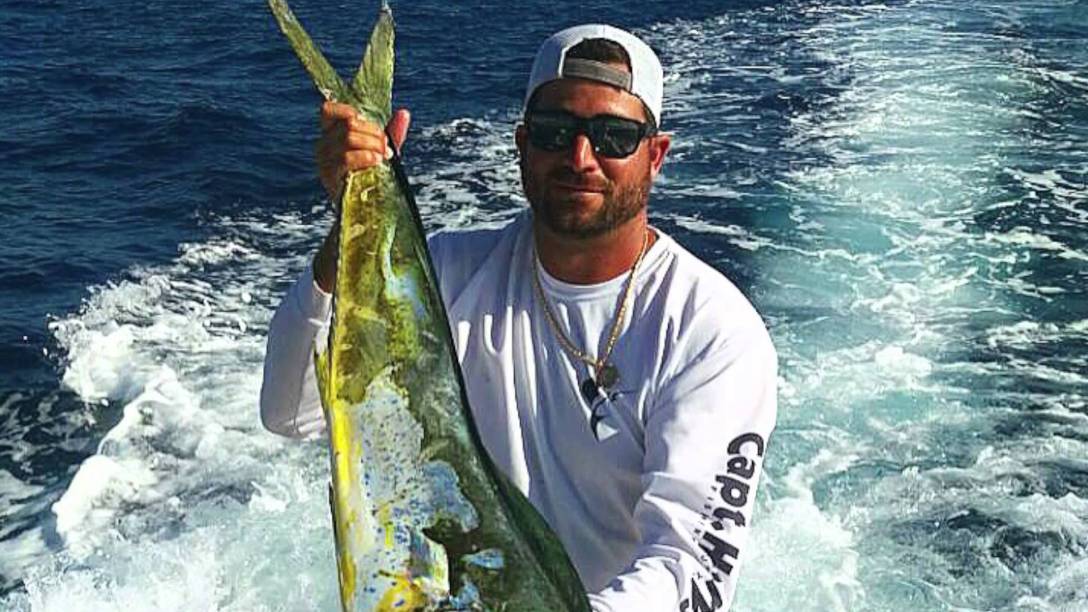 Captain Marvin’s Watersports, the longest-serving watersports company in Grand Cayman, is well acquainted with the waters. “We have been operating 62 years and counting,” says manager Ronnie Anglin. He took over the business 12 years ago from local legend Captain Marvin Ebanks himself when Ebanks retired at the age of 93. “And we still have three generations of Captain Marvin’s kin working the family business,” he boasts. There are currently three fishing boats in the fleet: a 31-foot Bertram, a 32-foot Hatteras and a 39-foot Number One; a 35-foot luxury Tiara Express Cruiser dubbed Island Time and a 60-foot custom-built yacht are also in the fleet of vessels.

The knowledgeable staff of Captain Marvin’s Watersports is always delighted to share the best areas to get a “tight hand” — a term used when an angler wrestles with a big catch. Their reputation for quality customer care and incomparable experiences even attracted Boston Celtics point guard Rajon Rondo, who chartered a boat with them in 2013. 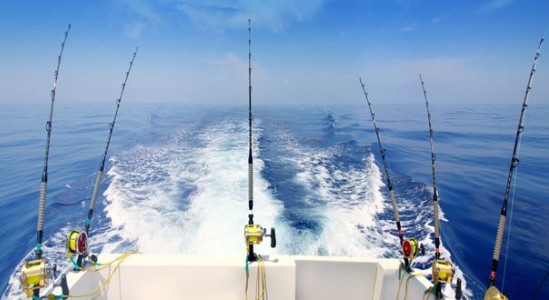 Captain Marvin’s Watersports is not the only boat charter company to entertain celebrity guests. Captain Leslie Ebanks of Just Fish’n has welcomed aboard American publisher Larry Flynt, Formula One racer Nigel Mansell and Grand Mufti Sheikh Abdul Aziz al ash-Sheikh — a member of Saudi Arabia’s leading religious family — among others, during his 33 years in business.

The extraordinary seems to be the norm aboard the 30-foot Grady White Marlin aptly named Just Fish’n. In addition to chartering very important guests, Captain Leslie has also seen a dolphin give birth, a meteorite fall into the ocean and humpback whales perform their mating calls. It is just another regular day on the job for the captain, who jokes, “When my wife said we should retire early, I said, ‘I’m already retired!’ I truly love my job.”

For 27 years, Captain Chuckie Ebanks has been in the business of deep-sea fishing as owner of Black Princess Charters. At the moment, anglers can choose between the 23-foot Sea Craft Open Fisherman and the 40-foot Sea Ray Express, and can look forward to a new yacht later this year. He, too, has had many exciting experiences while on the water, like spotting whales and dolphin.

Captain Chuckie, a fisheries officer and board member of the Marine Conservation Board, is also a chef in his spare time and will happily cook your catch to your liking. He began exploring the culinary arts at 16, and proudly disclosed that his biggest accomplishment to-date in that regard was when he baked a birthday cake for Daniel Gerber, the American manufacturer of baby food products.

Christopher Gough captains Southern Cross Club Charters, on the laid-back island of Little Cayman. He notes, “Little Cayman, the smallest of the three islands, is fortunate to have such a rich and diverse marine environment.” 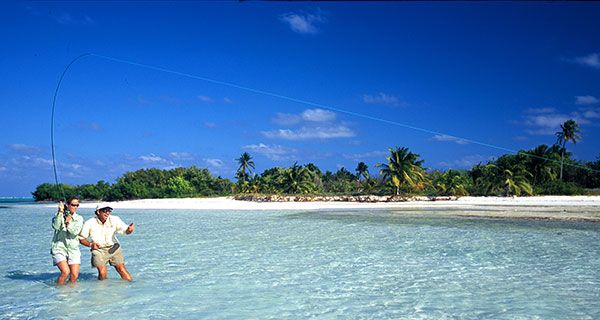 The 26-foot Pursuit boat generally heads to West End, Little Cayman, in search of yellowfin tuna, blackfin tuna, mahi-mahi, wahoo, deep-water snapper and the coveted blue marlin — a favoured fish portrayed in the paintings of marine wildlife artist and conservationist, Guy Harvey, who chartered the boat for a weekend in 2013.

Captain Gough and the Southern Cross Club support sustainable fishing practices and closely follow the Cayman Sea Sense guidelines. “We catch and release threatened species such as marlin and sailfish,” he says. Southern Cross Club has also participated in the Cayman Islands Department of Environment shark tagging programme and is actively involved in the effort to cull lionfish, a delicacy now available on the bar menu at Southern Cross Club.

The Barcadere Classic (March 1–2) is the first of many fishing tournaments on the annual roster, with prizes awarded for the heaviest wahoo caught. A raffle is also drawn, with proceeds from ticket sales directly benefiting The Guy Harvey Ocean Foundation.

A number of anglers from nearby cities in the United States and the Caribbean travel to Grand Cayman to participate in the Cayman Swordfish Challenge, which will be held from April 11–13 this year. The event focuses on the weightiest swordfish caught off Grand Cayman, and participants can look forward to cash prizes of considerable amounts. A seminar is usually held with visiting experts who specialise in swordfish behaviour, as well as local captains who are familiar with the waters off Grand Cayman. 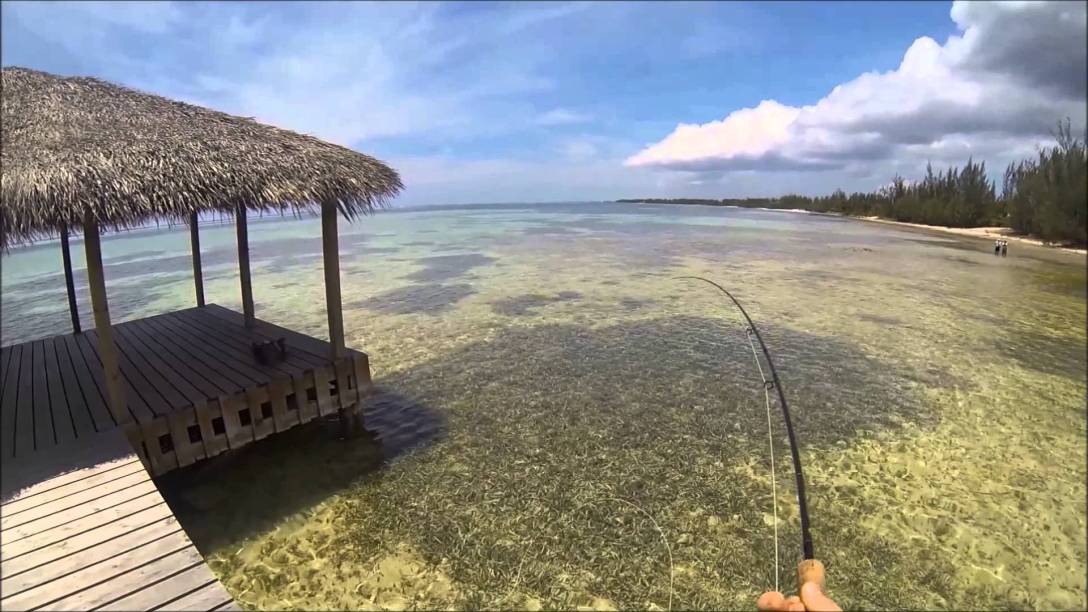 The Kirk Slam (April 26–27) is the only all mahi-mahi tournament in the Cayman Islands. The event includes a tournament kick-off party, two back-to-back fishing days and an awards ceremony. Awards are given for the heaviest mahi-mahi overall and the heaviest mahi-mahi caught by each a registered junior and a female angler. The captain who releases the most billfish can also expect to win a prize at the end of the weekend.

Open to anglers in Grand Cayman, Cayman Brac and Little Cayman, the Brac Jackpot Tournament (May 16–18) attracts a wide array of competitors. Prizes awarded include the grand slam and the heaviest wahoo, mahi-mahi and yellowfin tuna, as well as awards for the best lady angler and junior angler. Those competing in Cayman Brac and Little Cayman also have the opportunity to win a prize for heaviest fish and heaviest dolphin caught in the Sister Islands.